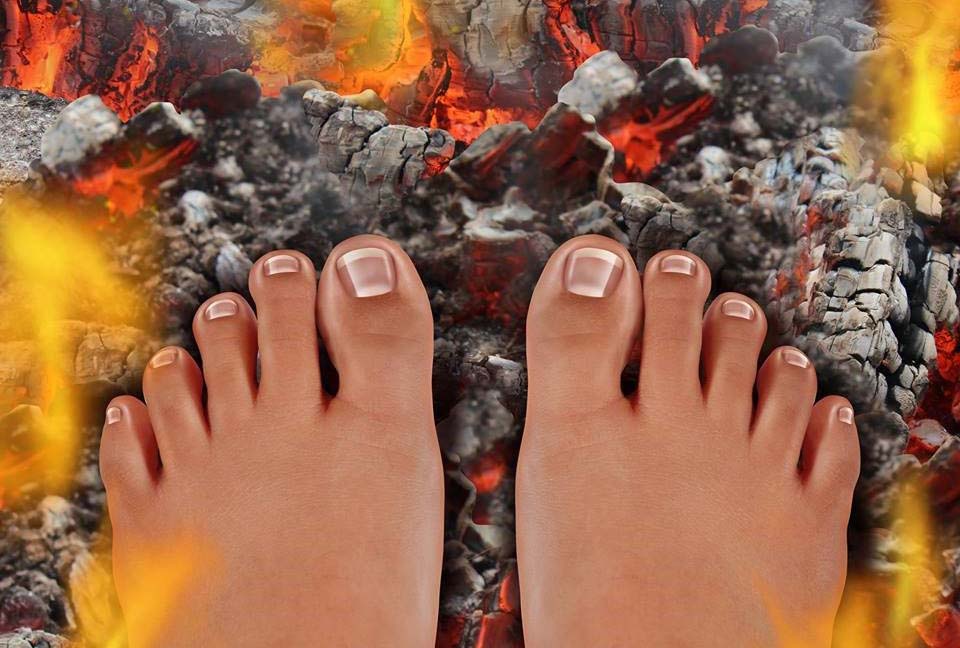 What is peripheral neuropathy?

An estimated 20 million people in the United States have some form of peripheral neuropathy, a condition that develops as a result of damage to the peripheral nervous system — the vast communications network that transmits information between the central nervous system (the brain and spinal cord) and every other part of the body. (Neuropathy means nerve disease or damage.) Symptoms can range from numbness or tingling, to pricking sensations (paresthesia), or muscle weakness. Areas of the body may become abnormally sensitive leading to an exaggeratedly intense or distorted experience of touch (allodynia). In such cases, pain may occur in response to a stimulus that does not normally provoke pain. Severe symptoms may include burning pain (especially at night), muscle wasting, paralysis, or organ or gland dysfunction. Damage to nerves that supply internal organs may impair digestion, sweating, sexual function, and urination. In the most extreme cases, breathing may become difficult, or organ failure may occur.Peripheral nerves send sensory information back to the brain and spinal cord, such as a message that the feet are cold. Peripheral nerves also carry signals from the brain and spinal cord to the muscles to generate movement. Damage to the peripheral nervous system interferes with these vital connections. Like static on a telephone line, peripheral neuropathy distorts and sometimes interrupts messages between the brain and spinal cord and the rest of the body.

Peripheral neuropathies can present in a variety of forms and follow different patterns. Symptoms may be experienced over a period of days, weeks, or years. They can be acute or chronic. In acute neuropathies such as Guillain-Barré syndrome (in which the body’s immune system attacks part of the peripheral nervous system and impairs sending and receiving nerve signals), symptoms appear suddenly, progress rapidly, and resolve slowly as damaged nerves heal. In chronic forms, symptoms begin subtly and progress slowly. Some people may have periods of relief followed by relapse. Others may reach a plateau stage where symptoms stay the same for many months or years. Many chronic neuropathies worsen over time. Although neuropathy may be painful and potentially debilitating, very few forms are fatal.In diabetic neuropathy, one of the most common forms of peripheral neuropathy, nerve damage occurs in an ascending pattern. The first nerve fibers to malfunction are the ones that travel the furthest from the brain and the spinal cord. Pain and numbness often are felt symmetrically in both feet followed by a gradual progression up both legs. Later, the fingers, hands, and arms may become affected.

How are the peripheral neuropathies classified?

What are the symptoms of peripheral nerve damage?

Symptoms vary depending on whether motor, sensory, or autonomic nerves are damaged. Motor nerves control voluntary movement of muscles such as those used for walking, grasping things, or talking. Sensory nerves transmit information such as the feeling of a light touch or the pain from a cut. Autonomic nerves control organ activities that are regulated automatically such as breathing, digesting food, and heart and gland functions. Some neuropathies may affect all three types of nerves; others primarily affect one or two types. Doctors may use terms such as predominantly motor neuropathy, predominantly sensory neuropathy, sensory-motor neuropathy, or autonomic neuropathy to describe the types of nerves involved in an individual’s condition.

Motor nerve damage is most commonly associated with muscle weakness. Other symptoms may include painful cramps and fasciculations (uncontrolled muscle twitching visible under the skin), muscle atrophy (severe shrinkage of muscle size), and decreased reflexes.Sensory nerve damage causes a variety of symptoms because sensory nerves have a broad range of functions. Larger sensory fibers enclosed in myelin register vibration, light touch, and position sense. Damage to large sensory fibers impairs touch, resulting in a general decrease in sensation. Since this is felt most in the hands and feet, people may feel as if they are wearing gloves and stockings even when they are not. This damage to larger sensory fibers may contribute to the loss of reflexes. Loss of position sense often makes people unable to coordinate complex movements like walking or fastening buttons, or to maintain their balance when their eyes are shut.

Smaller sensory fibers without myelin sheaths transmit pain and temperature sensations. Damage to these fibers can interfere with the ability to feel pain or changes in temperature. People may fail to sense that they have been injured from a cut or that a wound is becoming infected. Others may not detect pain that warns of impending heart attack or other acute conditions. Loss of pain sensation is a particularly serious problem for people with diabetes, contributing to the high rate of lower limb amputations among this population.Neuropathic pain is a common, often difficult to control symptom of sensory nerve damage and can seriously affect emotional well-being and overall quality of life. Often worse at night, neuropathic pain seriously disrupts sleep and adds to the emotional burden of sensory nerve damage. Neuropathic pain can often be associated with an oversensitization of pain receptors in the skin, so that people feel severe pain (allodynia) from stimuli that are normally painless. For example, some may experience pain from bed sheets draped lightly over the body. Over many years, sensory neuropathy may lead to changes in the skin, hair, as well as to joint and bone damage. Unrecognized injuries due to poor sensation contribute to these changes, so it is important for people with neuropathy to inspect numb areas for injury or damage.Autonomic nerve damage symptoms are diverse since the parasympathetic and sympathetic nerves of the peripheral nervous system control nearly every organ in the body. Common symptoms of autonomic nerve damage include an inability to sweat normally, which may lead to heat intolerance; a loss of bladder control; and an inability to control muscles that expand or contract blood vessels to regulate blood pressure. A drop in blood pressure when a person moves suddenly from a seated to a standing position (a condition known as postural or orthostatic hypotension) may result in dizziness, lightheadedness, or fainting. Irregular heartbeats may also occur.Gastrointestinal symptoms may accompany autonomic neuropathy. Malfunction of nerves controlling intestinal muscle contractions can lead to diarrhea, constipation, or incontinence. Many people also have problems eating or swallowing if autonomic nerves controlling these functions are affected. 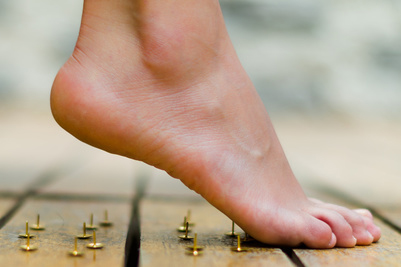 Peripheral neuropathy may be either inherited or acquired through disease processes or trauma. In many cases, however, a specific cause cannot be identified. Doctors usually refer to neuropathies with no known cause as idiopathic.

Causes of acquired peripheral neuropathy include: 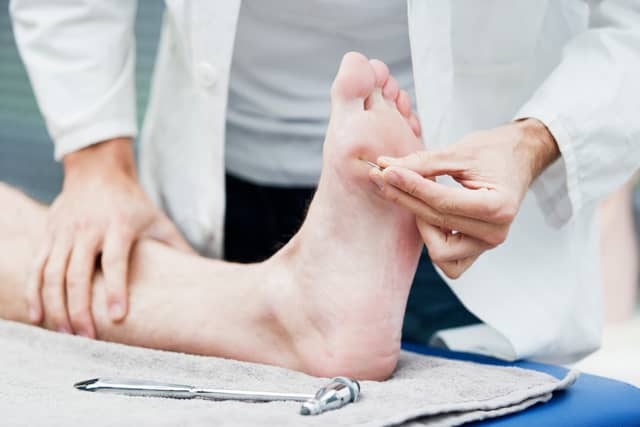 How is peripheral neuropathy diagnosed?

The symptoms of peripheral neuropathy are highly variable. A thorough neurological examination is required to sort out the cause of the symptoms and involves taking an extensive medical history (covering symptoms, work environment, social habits, exposure to toxins, alcohol use, risk of HIV or other infectious diseases, and family history of neurological diseases). In addition, tests are usually performed to identify the cause of the neuropathy as well as the extent and type of nerve damage.A physical examination and various tests may reveal the presence of a systemic disease causing the nerve damage. Tests of muscle strength, as well as evidence of cramps or fasciculations, indicate motor fiber involvement. Evaluation of the person’s ability to sense vibration, light touch, body position, temperature, and pain reveals any sensory nerve damage and may indicate whether small or large sensory nerve fibers are affected.

Blood tests can detect diabetes, vitamin deficiencies, liver or kidney dysfunction, other metabolic disorders, and signs of abnormal immune system activity. An examination of cerebrospinal fluid that surrounds the brain and spinal cord can reveal abnormal antibodies associated with some immune-mediated neuropathies. More specialized tests may reveal other blood or cardiovascular diseases, connective tissue disorders, or malignancies. Genetic tests are becoming available for a number of the inherited neuropathies.Based on the results of the neurological exam, physical exam, patient history, and any previous screening or testing, the following additional tests may be ordered to help determine the nature and extent of the neuropathy:

What treatments are available?